Over a Million Smokers Give Up Cigs During Coronavirus Crisis

The recorded number of adult smokers has been steadily declining for numerous reasons. The introduction of vaping, a cleaner alternative has enticed many away from the harmful effects of smoking, as have numerous public health campaigns. According to research from ASH, (Action on Smoking and Health - a charity), over one million people have given up smoking since we first found ourselves in a global pandemic earlier this year.

Data suggests that as many as 41% who quit so far this year admitted that the decision was made due to health concerns regarding the Covid-19 outbreak, as well as other factor arising from the current situation. 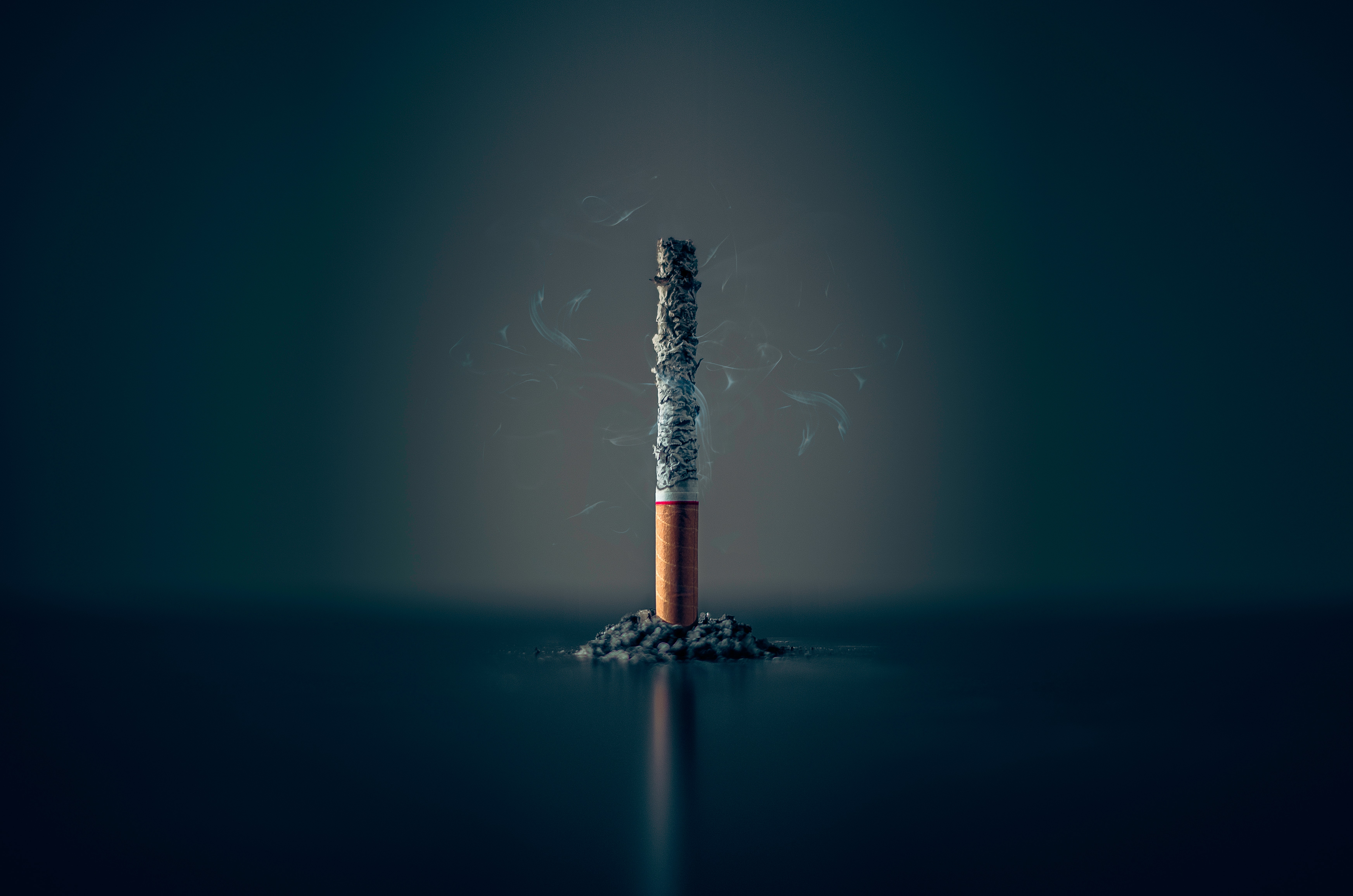 Reasons Coronavirus May Have Contributed to Quitting Numbers

There are a number of reasons that smokers have been so keen to put away their cigarettes for good since the global pandemic was first announced. Here are just a few of these reasons in more detail.

A large part of smoking has often been described as being the social aspect. This is where people enjoy smoking together. Lockdown has effectively squashed social interaction. When lockdown began UK residents were only allowed out for one hour of exercise a day and essential shopping (etc). A strict two-metre social distancing rule was put in place and all public places, from pubs to cafes and non-essential shops were closed.

If the social aspect of smoking was a large part of why many smokers continued with the habit, despite the health risks, it seems that removing the opportunity to get together has removed the motivation to continue smoking for many.

Smoking tobacco cigarettes is an expensive habit, very expensive. With many brands starting at around £10 for a packet of twenty cigarettes (and some more) it is easy to see how the cost mounts up over time. One of the reasons new vapers gave up the cigarette in favour of the e cigarette is the significantly lower cost. Overall, for the majority of people vaping does tend to be a lot more affordable than smoking.

As well as health worries Covid 19 and the resulting lockdowns, loss of business and furloughs have all had an effect on people’s income. This will no doubt have been a deciding factor for many who have considered quitting before but needed the extra push and for those who simply don’t have the money to fund such an expensive hobby.

Tobacco smoking has also been proven to be harmful. WHO classifies the many chemicals contained within tobacco cigs as being toxic and the act of smoking to be very harmful to health, as having the potential to cause cancer and to cause premature death. Scary stuff. Everyone knows that Covid-19 hits the respiratory system hard, as well as affecting the body in other ways.

Anyone fearful for their health during these strange times will, of course, have had to assess whether smoking is worth the risk, especially with Coronavirus causing mayhem and it is likely that heightened concern over health has resulted in many smokers giving up. The UK government has reported that those who smoke are more at risk of more severe Covid-19 symptoms if they are exposed.

Smoking is Still a Problem

University College London (UCL) reported that more smokers gave up in the first six months of 2020 than in any other year since they started tracking numbers back in 2007. This is great news, however, there are still too many smokers. Too many individuals at risk of health issues directly caused by smoking, at heightened risk of contracting respiratory issues, heart issues, strokes and more are still choosing to light up.

Public Health England campaigns are ongoing and ASH is launching another stop-smoking campaign which will be targeted towards problems areas; geographical locations which still report high numbers of smokers.

Smokers Giving Up During Covid-19: In Summary

Over a million UK smokers have given up since the beginning of the Coronavirus crisis. With the UK Government making it clear that smokers are at a significantly higher risk of Covid-19 complications and a more severe bout, it is understandable. Whatever the reasons it is good to see that people are going smoke-free, whether they have quit altogether or have chosen to switch the vaping.

With Public Health England backing vaping as a valid alternative that is “95% less harmful than smoking, at least”, it is understandable why e cigarettes and e liquids might seem a lot more attractive to those ready to walk away from smoking.

Clearly, the number of adult smokers is still too high. Here at Go Smoke Free, we hope that the current and upcoming public health campaigns help many more smokers decide to quit successfully.

Switching from smoking to vaping is one of the most sensible things you can do for your health. Smoking causes well-documented health issues and according to the World Health Organisation (WHO), it is a leading cause of premature death. This is just one of the many reasons that have led many smokers to throw away [...]

Start Vaping - What You Need To Know

First of all, if you have reached the point in your life where you are ready to give up cigarettes and start vaping instead, congratulations. Your health and your wealth will thank you for it. We look at what you need to know about vaping, what kit you need and offer a few top tips [...]

​Open For Business & Why That is Important News

With so many new rules around what you can do, what you can buy and what shops and services are still open for business, it can hard to keep track. Online vaping businesses such as ours are most definitely open for business and are very busy. This is very important for many reasons both now, [...]

Now that the clocks have gone back (did everyone remember?) we are officially in cold autumn/the run-up the winter weather. For those who like a little warmth, we thought that we’d spice things up a little with these warming e liquid choices.Hot Chocolate For Premium Comfort                    [...]

If you have been watching the news or catching up with current issues online you’ll have heard much recently about vaping in the US. At the time of writing five people have died in the US with their deaths being linked to a respiratory illness outbreak. The blame for this outbreak has been placed at [...]

Do you know someone who is struggling to give up smoking? Are you in that boat but finding it hard not to return to tobacco? We might be able to help with that. There are many cessation options however a recent study has shown that using e cigs to quit can be twice as effective as [...]

If you are new to vaping don’t worry, A burnt taste is not normal and thankfully can be fairly easily avoided. There are a number of burnt taste causes when vaping. Here are the main ones and instructions on how to avoid burning. First up, we have to impress upon you how nasty the burnt taste [...]

Everywhere you look there are picture-perfect (often altered) images of healthy, shining people, living their best life. That’s great, however, it sets a very high bar for the rest of us mere mortals. You don’t need to be doing the latest gym craze thing or be on the most popular fasting diet to live a [...]