Smoking is bad for our health. This is something that has been proven beyond doubt and thanks to numerous legislations changes and successful public health campaigns is something that everyone recognises. Awareness and action don’t always go hand in hand however as quitting smoking is hard. Vaping is a popular and valid alternative to smoking and this blog post will help you make the most of your new hobby so that you may say goodbye to harmful tobacco smoking one and for all. 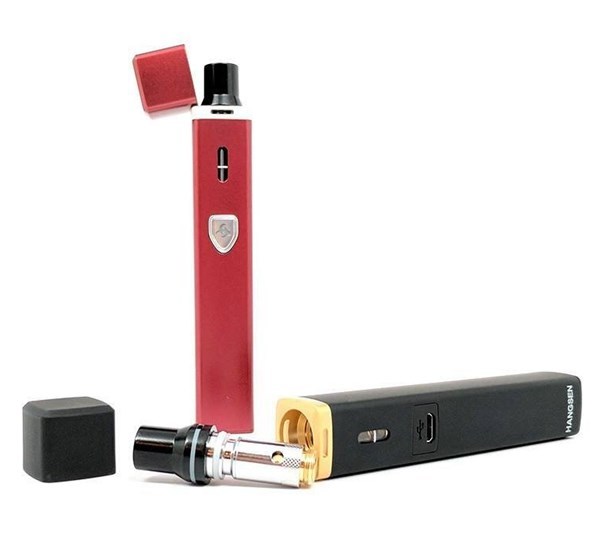 Almost anything would be better than smoking, let’s be honest here, as smoking causes serious damage to health and contributes to premature death. That said, it is a habit and habits are hard to kick sometimes. Going cold turkey with smoking is very hard and rarely successful. There are numerous cessation support options available, such as nicotine replacement therapies, however, nicotine is not the reason why people get addicted to smoking and can’t or don’t want to quit.

True, nicotine has addictive properties, yet a recent study showed that as many as 66% of people continue to smoke after trying just one cigarette. The lure is strong and nicotine takes time to build up therefore can’t be responsible for such a high take-up. In addition to this, scientists have shown that smoking addiction is so much more than nicotine. The body gets used to the other chemicals in cigarettes which while they haven’t been classified as addictive themselves (toxic and cancer-causing but not addictive) the body get used to having them around. When you are a smoker you build habits around the hand to mouth action, get used to taking a drag on a cigarette, enjoy the relaxation benefits and even the social aspect of smoking. These are hard habits to kick which is where vaping comes in, which mirrors or replaces the enjoyable and addictive aspects of vaping, enabling smokers to move over with ease and enjoy a significantly cleaner and healthier hobby.

There are a number of fabulous starter kits out there, from very basic devices which are perfect for getting you started, being low to no maintenance, to more advanced kits which will enable you to customise your vaping experience and even get to grips with learning to replace parts. From there you can go on to build your own e cigarettes using top quality tanks, coils and more. First things first though, a basic kit that is basically a plug and play could be perfect for when initially switching over to vaping from smoking. It’s quick and easy to use and allows you to vape straight away, so that you’re not left without something to fill the space left by smoking which often tempts people back to the harmful habit.

Have a look at the options available and read reviews to choose a device that is best for your needs.

Make Sure You Have What You Need

While a starter kit should have everything that you need device-wise it pays to make sure you have a few extras to keep you going. A spare battery, a car charger if you’re going to be travelling a lot and using an e cig on the go and a small selection of e liquids would be advantageous. None of these needs be particularly expensive yet they will avoid any disruption to your vaping which might in the early days be enough to make you throw in the towel and return to smoking, which we know you don’t really want to do if you consider the impact it has on your health.

Look at Various Nicotine LevelsChoose a nicotine level closest to that which you would be used to when smoking. The beauty of vaping is that e liquids come in various different nicotine strengths, so you may experiment a little find the right level for you as well step down your nicotine usage over time if wished. You could even vape nicotine free e juice if that’s something that interests you. Don’t be tempted to jump up in terms of nicotine levels though, if you do find yourself increasing your nicotine usage to suit your needs please do so gradually as a sudden surge of too much nicotine can make a vaper (or a smoker) feel nauseous and quite unwell.

Don’t feel self-conscious about vaping. It is considerably more socially acceptable than smoking is, especially given that vaping has been hailed (by Public Health England no less) as being as much as 95% cleaner and healthier than smoking. There also isn’t the risk to public health (none recorded in fact) that there is with smoking, with passive smoking being just as dangerous as smoking.

While vaping is relatively new in some places it is increasingly popular and regularly seen, with vaping shops and cafes popping up all over and smokers of all ages moving over to embrace it. You don’t need to surround yourself with huge vape clouds (this is something that some people enjoy but it isn’t something that must happen!) and with some e cigarettes being very discreetly designed there’s no reason why you should feel uncomfortable about vaping while out and about.

Remember Why You Have Switched Over

Vaping boasts many benefits, from saving you money to opening you up to a wonderful world of flavours previously not even considered. You can of course also continue to vape with a tobacco flavour as these e liquids are readily available too. It’s important to remember the main reason you moved over to vaping though, and that is to be rid of a habit that was damaging your health with every drag. Vaping will help you quit smoking successful if you give it a chance and focus on your goal. Remember, vaping is only a healthier alternative if it replaces smoking entirely. Smoking even a little poses the same risks and mixing the two doesn’t offer any benefit whatsoever.

If you’re serious about moving over to vaping make sure that you get the right starter kit, do a little research on the ins and outs of vaping in advance and enjoy! Not only is vaping a valid alternative in terms of replacing the hand to mouth habit and delivering nicotine when wishes, it is an enjoyable hobby all by itself, and there’s no reason why you can’t have a little fun with it.

Good luck with your switch over and your quest to give up smoking for good. Here at Go Smoke Free we applaud anyone who makes a choice that will improve their health!