​Pros and Cons of Vaping

Vaping has been around for quite some time now and has become something that is frequently seen. There are still some people who are sceptical about vaping, given its “newness” but as more reports such as the review from Public Health England that was released in 2018 which stated vaping is “at least 95% less harmful than smoking tobacco cigarettes” attitudes are changing. In order to help this process along we’ve put together this pros and cons of vaping guide to offer a balanced viewpoint of the popular alternative to smoking.

The Pros of Vaping 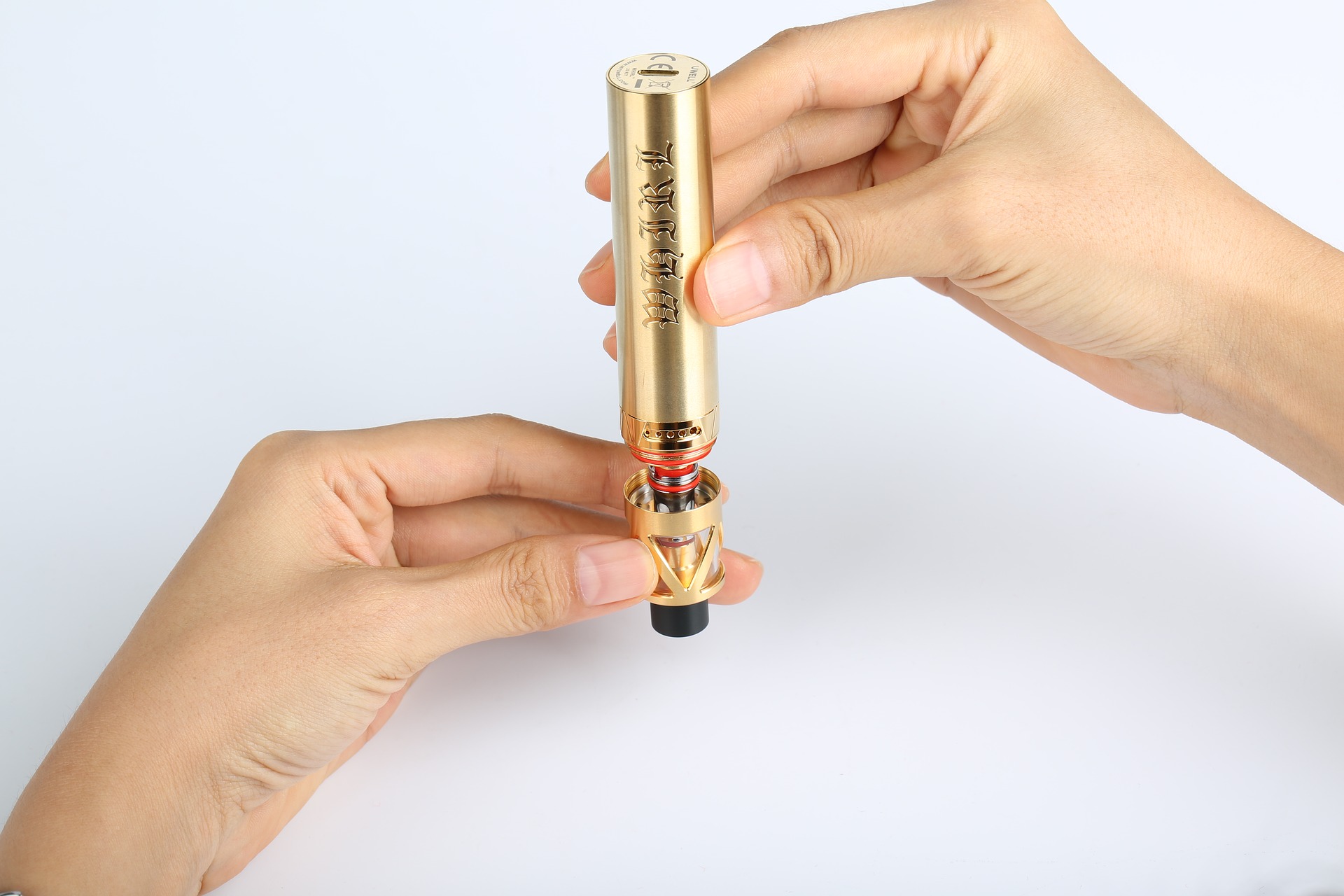 It’s Better For You Than Smoking

As previously mentioned, vaping is being hailed as being significantly less harmful than tobacco cigarettes. The review PHE (the government group responsible for the health and harm reduction of everyone) released in May last year made it very clear that if the choice was between tobacco cigarette smoking and vaping with an e cigarette that smokers should switch over to vaping as soon as possible.

WHO, the World Health Organisation has long-since maintained their stance about the harmful chemicals and toxins in tobacco cigarettes, linking them to numerous illness, diseases and chronic health complaints, cancer and premature death.

WHO and PHE are not the only voices advocating for vaping either with many health professionals including the Royal College of Physicians, scientists, charities, MPs and more all supporting vaping and even pushing the UK Government to review vaping as an official cessation method, making it possible for GPs to prescribe vaping as part of their stop smoking services in order to continue the downward drop of smoking numbers. It is no coincidence that smoking rates have dropped alongside vaping numbers that have risen, although vaping can’t claim all the credit for this.

This is just the tip of the iceberg but can hopefully show you that when it comes to the pros and cons of vaping that the health benefits offer a fairly substantial positive edge!

Did you know that passive smoking, i.e. a non-smoker breathing in the tobacco smoke of a cigarette can actually be just as harmful to the non-smoker as it is to the person smoking the cigarette? Much research into passive smoking and its dangers has been undertaken over the years. The results of this research is partly what led to Public Health England spearheading the Go Smoke Free legislation of 2007 which saw smoking bans in public areas and on public transport go live in England.

On the flipside, much research has also been done into the dangers of passive vaping and independently funded and unbiased research studies have found there to be no risk to those who passively breathe in the vapour produced by heating up a flavoured e liquid. From this point of view, the passive smoking issue is most definitely something to consider when looking at the pros and cons of vaping. So sure of the danger of passive smoking by tobacco cigarettes, the UK Government has now made it illegal to smoke tobacco cigarettes in a car with a minor. That tells a story!

Of course, as an aside, e liquid vapour from an e cigarette smells significantly nicer than the burnt smell of tobacco and assorted other tobacco cigarette ingredients. This is a small “pro” but worth a mention all the same.

The Pros and Cons of Vaping and Nicotine

Nicotine is a big issue for some people as while much research shows that it is not quite the dangerous chemical it is considered to be by some, it is most certainly an ingredient in tobacco cigarettes which has addictive properties. This means that when you smoke you may well find it hard to quit partly because of the strong cravings your body has when in nicotine withdrawal.

Isn’t this just a case of switching from one nicotine containing product to another then? No it isn’t. When it comes to vaping you have the option to chose from a number of nicotine strengths so can gradually withdraw the nicotine in your system all the way down to zero if preferred. This means that you could potentially rid yourself of nicotine if this is something that is important to you while continuing to enjoy your vaping hobby using zero nicotine e liquids. This kind of control over nicotine is another point that is important to many and therefore needs to be mentioned when considering the pros and cons of vaping.

The fact that there are so many flavours to choose from when it comes to vaping has to be considered a positive point. If, having switched over to vaping from tobacco smoking you want to continue to enjoy a tobacco flavour, there’s an e liquid for that. If however you fancy casting your net further in order to enjoy something different you will be spoilt for choice when it comes to the flavoured e liquids you may choose from. Consider sweet e liquids, drink-flavoured e liquids, tobacco e liquids, menthol e liquids, fruity e liquids and so many more.

Pros and Cons of Vaping: The Costs

With a pack of 20 tobacco cigarettes costing around £10 now and disappearing fast once burnt it is easy to see how vaping could be the cheaper option. A basic vaping starter kit starts from around £20-£25 and has everything you need to get started. E liquids start from 99p and last a lot longer than a cigarette. Provided you don’t get over-excited and constantly upgrade your e cigarette every other week and buy thousands of e liquids at once it is safe to say that vaping is considerably cheaper in the long term (taking into account starting up with vaping vs the cost of smoking that week).

While you might not give two figs what others think about smoking or vaping the fact remains that tobacco has a bad reputation these days. The proof confirming how bad smoking tobacco cigarettes are, mixed with the Go Smoke Free ban of 2007 has made it harder than ever to smoke publicly.

Vaping on the other hand is not governed under the Go Smoke Free legislation and therefore is not banned like smoking is. True, it is up to individual property owners to decide whether vaping is allowing on their premises but this difference alone makes vaping the much more socially acceptable option and one that is easier to access when outside of your home.

These are just some of the benefits of vaping over smoking. This wouldn’t be a pros and cons of vaping however if we didn’t have a look at what may be considered somewhat negative points.

The Cons of Vaping 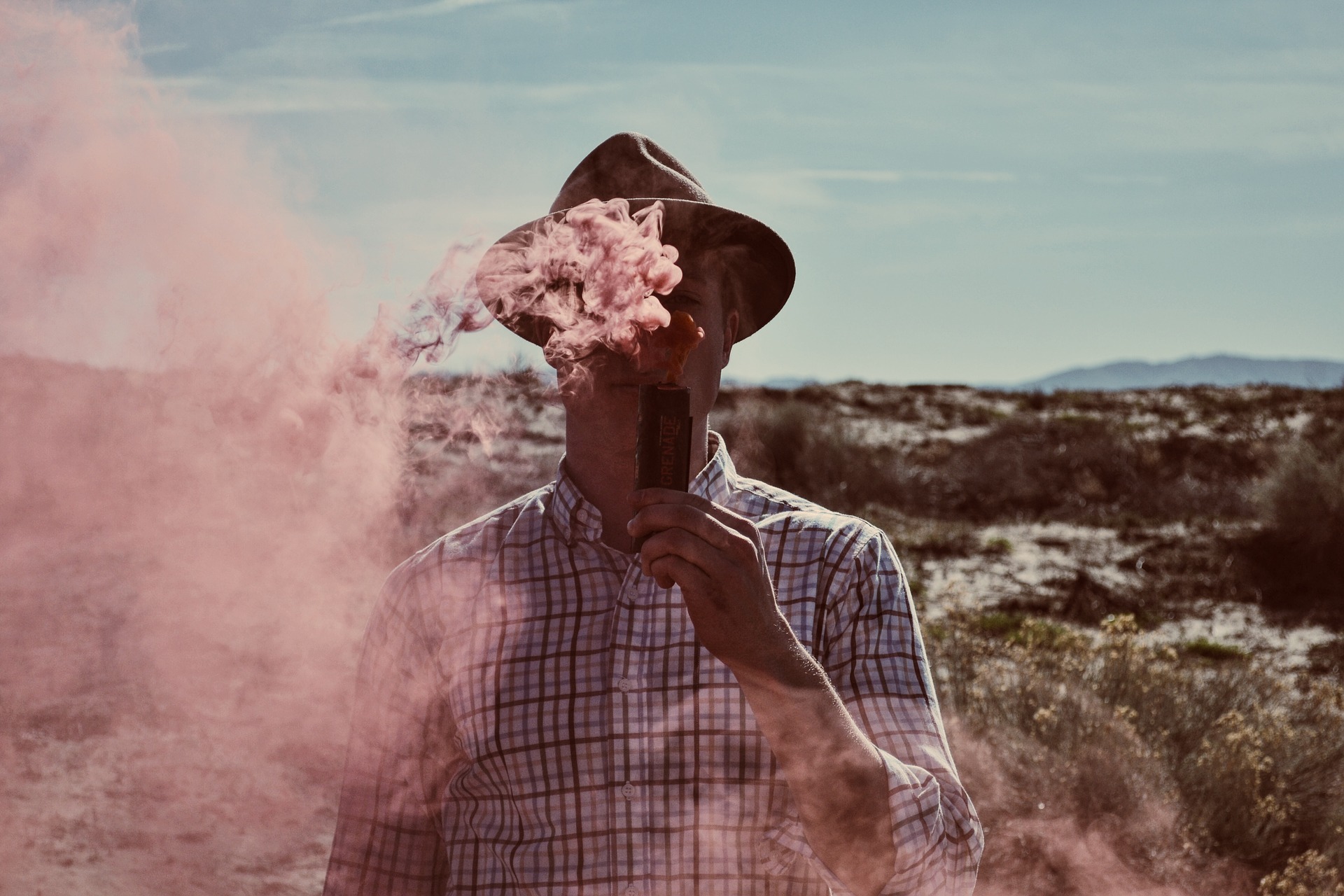 There’s So Much To Choose From

Most people might find the fact that there is so much variety when it comes to vaping a plus point. It is understandable however to see how for some people all of this choice could be somewhat overwhelming. Health dangers aside, with tobacco smoking you could choose a brand then choose between a lighter and a pack of matches in order to light the cigarette. With vaping there is more to take into consideration. There are many different e liquid flavours available, from drink flavours to tropical tastes and pretty much everything in between. You can choose from high VG e liquids and e liquids that have more PG in it, different nicotine strengths, device types and more. We can see how that can seem a lot.

There are a lot of new terms to get used to with vaping and that in itself can seem like a pain to start with! Vape, vaping, vaper, an e cigarette or e cig. E liquids and e juices are the same thing, a drag is now a draw and don’t get us started on the technical terms that come with more advanced vaping. Needless to say, it can seem like a steep learning curve which is why so many new vapers opt for a starter kit which offers a simple plug and play type of option.

Vaping is For Kids

When it comes to the pros and cons of vaping, the idea of starting out with something new and technologically advanced (compared to tobacco cigs) can seem a little daunting. Surely these e cig thingies are just for the youngsters? Not at all. Vaping is suitable for adults only from the age of 18 years and over in the UK and vaping is usually something people take up after switching from tobacco smoking or used as a method to help them quit smoking long term. The “it’s for kids” spin is often something found in anti-vaping articles and so on. If you are over 18 years old, it is suitable for anyone.

We understand of course that this reassurance might not be quite enough to win you over just yet. Look into it though and consider how many other people you might know have already switched over to vaping.

If you are someone who smokes lightly or who assumes that vaping is going to be extremely costly, what with all of the options available it is easy to see how many might be concerned about the overall cost of vaping money-wise. A starter kit is certainly more expensive than a packet of cigarettes however will last significantly longer. Take the time to do your own analysis of whether vaping will be cheaper for you. Most vapers claim it to be significantly less expensive however you need to look at how you would be likely to vape, i.e. would you buy a lot of e liquids all at once? Do your sums when it comes to deciding on the pros and cons of vaping associated with long term vaping costs vs long term smoking costs.

Cigarette smoking certainly has a social stigma attached to it and many still consider smoking an vaping to be the same thing. This is frustrating for the vaping community, not to mention those who work hard to end the stigma because they are looking to improve access to vaping, seeing it as the healthier choice between the two hobbies. This is not something that will be “fixed” overnight. More and more data is being released every day, Public Health England and many supporters are lobbying the government to try and make e cigarettes official medical devices for the use of helping people give up. Clearly the tides of public opinion are starting to turn however whether you are “bothered” by the sometimes negative stories and assumptions about vaping is something that you will have to consider carefully when weighing up the pros an cons of vaping with a mind to whether or not you want to switch over or not.

From a legislative point of view e liquids and vaping are still governed under the Tobacco Products Directive (TPD), much to the annoyance of the vaping industry. In some quarters vaping is clearly still likened to smoking however it is expected that this will change too over time, and won’t take long, both in the court of public opinion and by law.

Pros and Cons of Vaping: In Conclusion

This might seem like a somewhat wonky look at the two sides of this issue however the fact remains that there are more pros than cons when it comes to comparing the two. That said, it isn’t a numbers game, it is about each individual weighing up all the options an deciding what is best for them in the short, mid and long term. That is the only way to ensure that you choose the right option for you.

As vaping fans ourselves obviously we favour the side of vaping however the vaping community is not about pushing people into their way of thinking and so we hope that this information has been useful and enables you to make an informed choice.