What Are Nicotine Salt E Liquids & How To Use Them

When vaping there are a few keywords that you hear and quickly become accustomed to, like e juice, sub ohm vaping and so on. A new term to acquaint yourself with is nicotine salt as its use has become increasingly popular and more so every day and they

When it comes to explaining what nicotine salt is exactly you need to get fairly technical, or rather scientific. In very basic terms you find nicotine in tobacco leaves where it occurs naturally. Normally e liquid grade nicotine is created by chemically altering the organic compounds that pure nicotine leaf bonds itself to in the tobacco leaf. Nicotine salt is the purer version.

One of the ways that nicotine salt has been engineered to be better in e liquid use is via the addition of benzoic Acid. 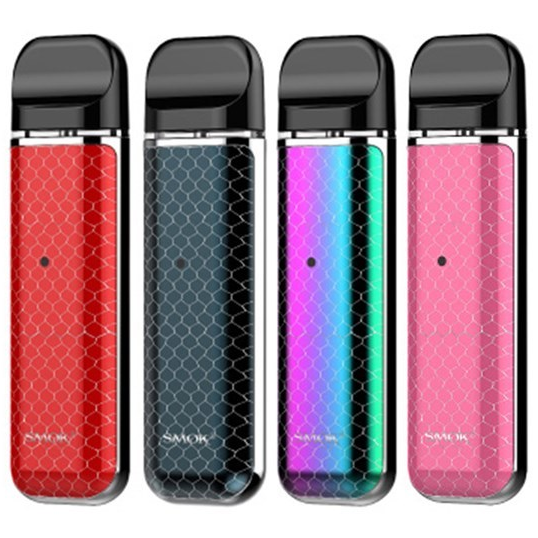 This lowers the PH of the nicotine, makes it easy to absorb and also enables vapers to enjoy the effects at a lower temperature.

In basic terms nicotine salt is most often enjoyed by vapers who have moved over from tobacco smoking and are looking to capture a more like for like experience. Nicotine salt is the type or form of nicotine found in tobacco cigarettes, Vapers find using nicotine salt e liquid highly satisfying. It is also known to be less harsh than off the shelf nicotine which means vapers inhale it easier and enjoy more nicotine on average per draw.

Nicotine salt, despite being smoother is available at much higher nicotine strengths which is why it surprises people by not being hard on the throat, certainly less harsh than other nicotine e liquids can be. The use of nicotine salt in the USA has been massive and is clearly making its way over to us here in the UK. As well as standalone e liquids many are enjoying nicotine salts in conjunction with the ever popular Pod Vape Kits

The timing is difficult of course as governments and health groups are looking to continue to restrict nicotine levels when nicotine salt is all about a stronger nicotine level with a bigger hit.

Is Nicotine Salt Use Safe for Vapers?

Many have asked if nicotine salt is safe which is a valid question. There is nothing to show that it is unsafe in any way. Vaping itself, nicotine content and all, has been deemed to be at least ninety five percent less likely to cause any harm than tobacco cigarettes. The one concern that has been raised was that in one nicotine salt test Benzene was found within the vapour however numerous additional tests have shown this to have been an erroneous study result (it's purely mentioned here to squash any untruths or sensationalist headlines on what was basically a scientific error).

Some even suggest that the reduced level of vapour inhaled when nic salts are used could be safer than their more commonly-used counterparts and certainly far more safer than smoking cigarettes. Testing is ongoing however very few experts have concerns

As with most things vaping related, whether or not you like or prefer nicotine salts is the same as whether you like horseradish sauce; it comes down to personal preference.

Can I Sub-Ohm Vape Nic Salts?

Definitely not advised. Nic salts aren't recommended for higher powered devices because of the greater nicotine concentration. Some lower strengths have been formulated for the recommended daily allowance (RDA) or Sub Ohm vapers' specific needs. If ever in doubt, remember any equipment designed for MTL (Mouth To Lung) vaping is perfect for nic salts. MTL vaping is what you need if you’re trying to quit smoking.

If you are someone looking for more nicotine and a smoother vape, a low-temp vape and to amplify your nicotine enjoyment this is something to try. You never know, you might even like it! Being so much like the strength/type of nicotine found in tobacco cigarettes nicotine salt could certainly encourage more smokers to move over to vaping in order be healthier yet still enjoy the hit they are used to.

It’s clear to see why nicotine salts are proving to be so popular!